How Accurate Are DNA Tests

By Dr. Brandon Colby MD, a clinical expert in the fields of DNA testing and personalized medicine. 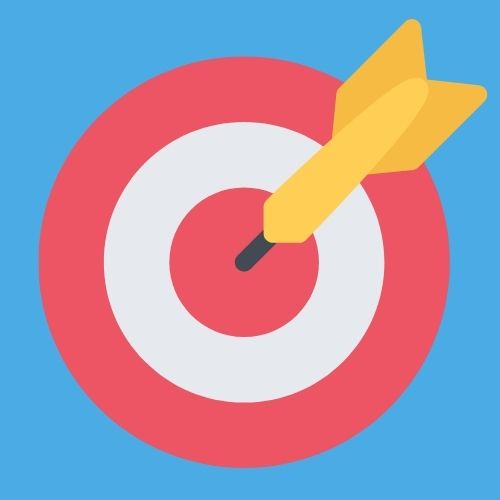 If you’re wondering how accurate are DNA tests, you’re likely either shopping around for a DNA testing service or you’ve received test results you weren’t expecting. In either case, you’ll be happy to know we’ve uncovered the truth about the accuracy of DNA tests here.

The Accuracy of DNA Tests

Genotyping genetic tests can obtain data on up to 2 million data points. These tests can provide a tremendous amount of useful data for almost everything you’ll want to know about your genes (ancestry, health, medication side effects and reactions, wellness, nutrition, fitness, sleep, etc.) This type of testing may also be used to create an extensive personalized health plan.”

Despite the accuracy of DNA tests, there are some factors that can decrease the accuracy of the tests that consumers must be aware of when shopping for this service. The following are those factors to help people find the best DNA tests for their needs.

Genomics has come a long way since the days of Mendel and his pea experiments. The 20th century has revealed more than we ever imagined about our genes. The 1980s was a great decade of understanding gene mutations and how they contribute to inherited diseases. In 2003, the Human Genome Project gave us a full DNA sequence. This has led us to profound knowledge surrounding inheritance, evolution, and diseases.

While a majority of the DNA testing companies marketing DNA tests are legit, there are a few illegitimate ones. These are the ones that a consumer must be aware of when asking how accurate are DNA tests.

It can be difficult to know which DNA testing companies are selling accurate, high-quality DNA test kits. Researching past consumer experiences is one of the best ways to identify the best DNA test companies for accurate genetic testing.

Insufficient DNA sample is often the case when spitting into a test tube. Many DNA testing companies, such as 23andMe ask users to spit into a test tube to submit their DNA sample. Those who do not submit enough saliva will often receive inaccurate results or a message the lab was unable to process their sample.

A tainted DNA sample happens when the saliva or swab of the cheek contains more than what should be in it. For instance, food particles can cause the sample to be tainted. This is why it’s always important to read and follow the instructions with the DNA test kit to ensure the most accurate results possible.

Paternity DNA tests consist of submitting two DNA samples. One DNA sample will be compared to the other to see if one relates to the other - in the case of verifying the relation between son/daughter and father.

Since paternity DNA tests can be used for legal purposes and can often result in emotional upheaval, some people will attempt to submit a different person’s DNA. For instance, a mother may submit the DNA of the biological father of a child under the name of another man to show that man is the father.

In the above case, some people would argue that DNA tests are inaccurate, but that is not correct. It’s the DNA samples that are inaccurate - not the tests.

The Accuracy of DNA Analysis

When people look at DNA analysis reports, they often are suspicious of the findings. They blame the DNA test, but the blame is incorrectly directed. It should be placed on the analysis report.

Does this mean DNA analysis reports are inaccurate?

The accuracy of DNA analysis depends on the company offering it - just like with the DNA tests. Most DNA test companies focus on one or two types of analyses such as health+ancestry because they have identified the genetic makeup for that information. However, many of these companies are self-serving so they may produce analysis reports to drive users to take advantage of their services.

DNA analysis reports should have only one purpose - educate the person who purchases or requests them. It should not be to help the company sell products.

Anyone researching the accuracy of DNA tests will find a statistic floating around 99.9%. This percentage is inaccurate. According to Dr. Brandon Colby MD, Medical Geneticist & Preventive Medicine Expert, “Test takers should be aware that the accuracy of the ancestry tests depends on reference populations, and not all tests will accurately represent your family history.”

The accuracy of an ancestral DNA test depends on the type of type taken. For instance, atDNA tests are the most reliable. The test identifies DNA cousins by gene matching, While the results are never perfect, atDNA test takers can feel confident with their results.

Other ancestry DNA tests, such as mtDNA and Y-DNA are different. They are not as accurate and can only offer possibilities of matches. It’s impossible to know how matches relate. For instance, an mtDNA match could mean that two people are sisters or fifth cousins. The genetic markers must be analyzed - the more matches there are, the closer people are related.

The biggest argument against DNA tests has to do with ancestry ones in which people use two or more DNA testing companies, such as 23andMe, MyHeritage, and Ancestry.com, to analyze their DNA. When they receive their results, they find the percentages are different between the tests. For instance, one may identify they are 56% European while another may say 62% European. Many look at this and jump to conclusions that the tests are inaccurate.

It’s highly unlikely someone will take two or more DNA tests to find they are completely different. The general genetic information is still the same.

To Trust or Not to Trust DNA Tests

The analysis of that raw data is accurate, as long as the company performing it has a reputation of delivering reliable results. The only way to know whether a company is one that has high-quality DNA analysis services is to research the way the analysis is performed.

Look for DNA testing companies that have a geneticist working as part of the team or leading it. This will give you more confidence the results are in line with the professional’s standards.

Never hesitate to ask questions about the reliability of and accuracy of DNA tests and their analysis. This is a service you’re paying for, and you deserve to know if you’re getting the best value for your money.

For additional information on DNA tests, consider reading our Guide to DNA Tests.