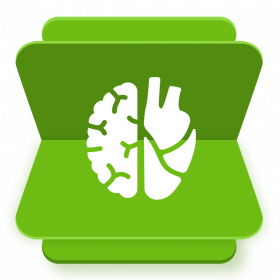 PPAR-γ function and the ApoE gene

Reduced ApoE function can raise your cholesterol and make your brain more susceptible to damage. The ApoE-ε4 genotype results in significantly lower function and levels of the ApoE protein.

The PPAR-γ protein is responsible for controlling the production of the ApoE proteins and several activators of PPAR-γ have been proposed as preventive or therapeutic measures for Alzheimer’s.

Contrary to popular belief, the ApoE-ε2 allele actually decreases the function of ApoE. Although this variant of ApoE-ε2 is neuroprotective (decreased risk of Alzheimer's disease), it does confer health risks of its own.

If your DNA is found to have the ApoE-ε2 genotype, it becomes even more important to regularly specific monitor blood biomarkers and live an ApoE-ε2-compatible lifestyle.

This app will identify your APOE genotype and, based on your APOE gene, you'll receive clear solutions for better health

Where should I get my genes tested?

You can use the raw DNA data you receive from any DNA testing company, such as 23andMe, Ancestry, FamilyTreeDNA, MyHeritage and Dante Labs. Just be aware that not every testing company will include each and every SNP analyzed by this app.

Note: False negative problems have been reported in the Ancestry data, which may give you false information about your genotype.

The genetic analysis and statements that appear in this app have not been evaluated by the United States Food and Drug Administration. The Sequencing.com website and all software applications (Apps) that use Sequencing.com's website, as well as Sequencing.com's open Application Programming Interface (API), are not intended to diagnose, treat, cure, or prevent any disease.