What Is Rare Disease Day?

Rare Disease Day is a day of observance to raise awareness for rare diseases. It was created in 2008 by the European Organization for Rare Diseases with the goal of improving access to treatment and increasing representation for those affected by rare diseases.

In 2009, Rare Disease Day became an international movement, and today it is held annually on the last day of February in many countries across the globe. But despite this rapid growth, more support is needed. Patients and families often struggle to make sense of rare diseases.

Historically there has been little information available, and the diagnosis was complicated. Thankfully, things are changing. Now with the consumer genetics, ordinary people are finding it much easier to determine if they or their loved ones have a rare disease.

Rare diseases might also be called orphan diseases according to the Orphan Drug Act of 1983. This act was created to support incentive programs to develop new drugs and treatment options for rare diseases.

Rare diseases can be heritable or nonheritable. The majority are thought to be heritable, which means directly caused by abnormalities in genes or chromosomes.

Rare diseases are usually progressive and very disabling. Making a diagnosis for a rare disease can often be challenging, and healthcare professionals typically request genetic tests in order to confirm the diagnosis.

Early diagnosis results in prompt care treatment that may reduce the likelihood of long-term disability complications.

How Can I Test for Rare Diseases?

If you fear that a loved one may have, or may inherit, a rare disease, DNA testing and analysis may help. For example, a DNA test can indicate that you 'carry' a rare disease. This means you aren't affected by the disease but your children may be.

Using the Rare Disease Screen app on Sequencing.com, you can analyze your DNA for more than 1,200 rare diseases, syndromes, conditions, and traits.

Best of all, to honor Rare Disease Day, we are offering our Rare Disease Screen app for 50% off. Use coupon code DISCOVER at checkout. Expires Sunday, March 3, 2019. 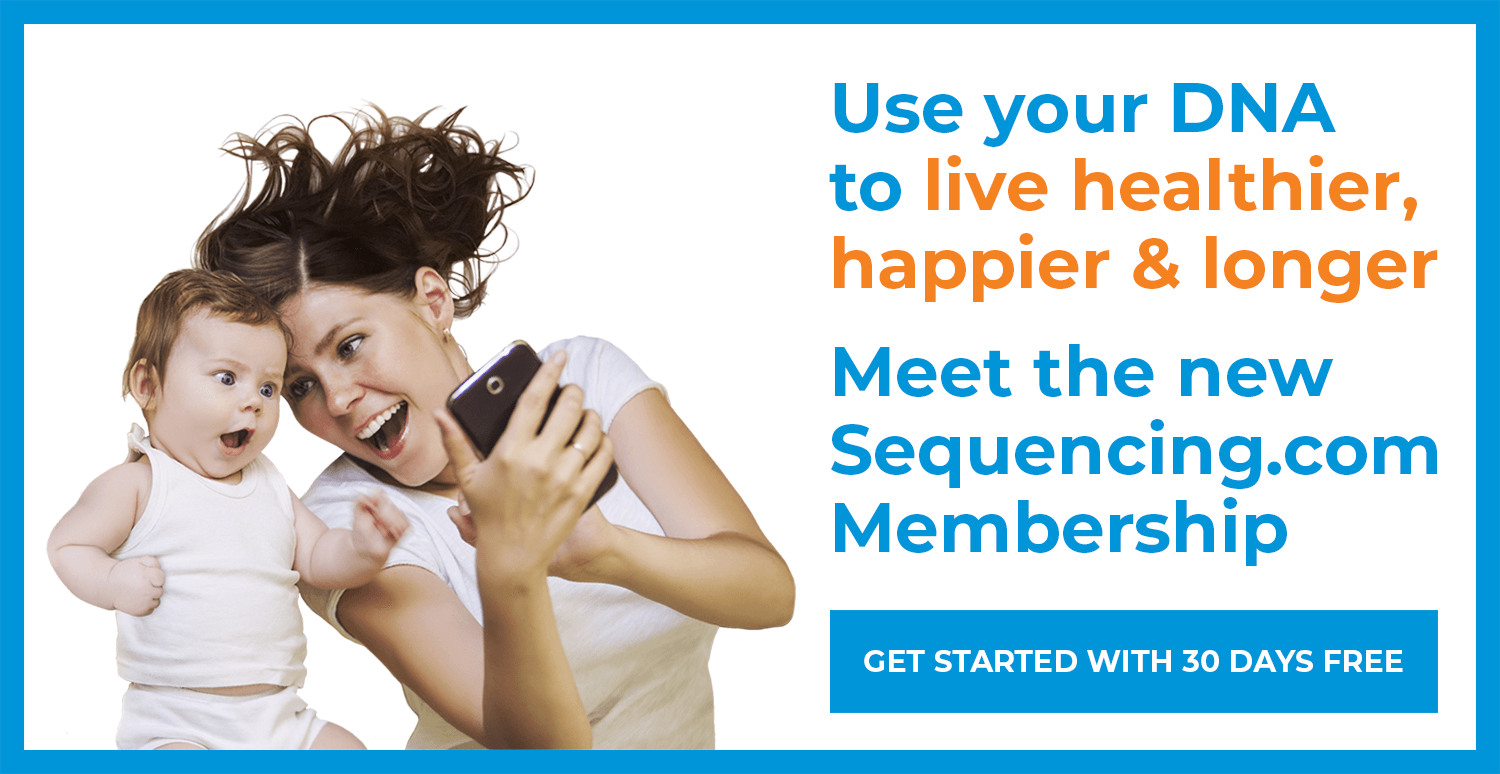 Sequencing.com Hopes to Shepherd Growing Market of DIY Genomics Tools
September 27, 2016
NEW YORK (GenomeWeb) – Sequencing.com, a new company hoping to play a unique role in the future of personal genomics, announced its global launch last week. The last few years have seen the emergence and propagation of companies that help users in possession of their own genetic data to access and understand what this information...
Read more

Using Sequencing.com for DNA Raw Data Analysis
August 30, 2018
Have you had a DNA test? If you have, then you likely also have access to your DNA data. The apps in Sequencing.com's market enable you to transform DNA raw data into understandable, personalized guidance for optimizing health, wellness and longevity. There are also apps for viewing, searching and exploring your DNA data...
Read more

Genetic API Alternative After the 23andMe API Changes
September 12, 2018
As of Sept 6, 2018, 23andMe discontinued its genetics API (application programming interface). Because of this, app developers who solely depended upon 23andMe's API need to find an alternative API for quickly and securely importing a person's DNA data. We have the solution.
Read more